Low-level laser therapy (LLLT) is a form of alternative medicine that applies low-level (low-power) lasersor light-emitting diodes (LEDs) to the surface or orifices of the body. Whereas high-power lasers are used in laser medicine to cut or destroy tissue, low-power lasers are claimed to relieve pain or to stimulate and enhance cell function.

The effects of LLLT appear to be limited to a specified set of wavelengths of laser, and administering LLLT below the dose range does not appear to be effective.

Laser therapy may be used to: 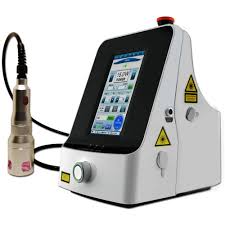 Lasers can have a cauterizing, or sealing, effect and may be used to seal:

For cancer, laser therapy is usually used alongside other treatments, such as surgery, chemotherapy, or radiation.

Laser therapy is one the top best modern technic for our patients.